Home Local News “Three pillars” for Can Tho to become the linkage center of the...

Can Tho City has identified “Three pillars” including following the direction of the Central Government; developing internal resources; strengthening regional linkages is the foundation for development and real breakthroughs to become the center of the Mekong Delta region.

In the Master Plan for the Mekong Delta region for the period 2021 – 2030 announced by the Prime Minister on June 21, Can Tho City is determined to hold the central role, position of the Mekong Delta in regional development linkages.

To step by step show this role, Chairman of Can Tho City People’s Committee Tran Viet Truong said that the city has identified the “three important pillars” that are closely following the direction of the Central Government; developing internal resources; strengthen linkages development.

According to the leader of Can Tho City, first of all, Can Tho will closely follow the direction and coordinate closely with ministries, departments, branches and central government to implement investment in synchronous transport systems, waterways and airways, road. From there, it connects smoothly between Can Tho and other provinces in the region as well as with Ho Chi Minh City, inter-region. In which, priority for the expressway along the longitudinal axis is Trung Luong – Can Tho City – Ca Mau); the horizontal axis is Chau Doc – Can Tho City – Soc Trang.

Especially, the city has also been planned to become an “airport city” with 10,000 hectares; in which, a land fund of about 3,300 hectares will be used to build a center for linking, producing, processing and consuming agricultural products in the Mekong Delta; give priority to building air logistics system, river port, regional logistics center in Can Tho. Along with that is investment in industrial parks in the city (Vietnam – Japan Friendship Industrial Park, Vietnam – Korea technology incubator) …

According to the Chairman of Can Tho City People’s Committee, this locality will focus on promoting internal resources based on the central position of the Mekong Delta, with the intersection of two most dynamic economic-urban axes of the region. That is the corridor of Ho Chi Minh City – Can Tho city and the axis of Hau river… The city has been promoting its role as a health, education, commercial center of the Mekong Delta.

“Can Tho will soon implement the Can Tho City Plan to 2030, with a vision to 2050, in line with the national master plan and the Mekong Delta plan. In which, focus on urban planning in the direction of ecological river urban; synchronous construction investment is really the core city of the Mekong Delta region, be able to withstand climate change; pilot building smart cities…”, Mr. Truong said.

According to the leader of Can Tho City, in order to promote the central role well, strengthening linkages and coordination between the Mekong Delta provinces, inter-regional provinces, especially Ho Chi Minh City is extremely important. From here, it can be affirmed that Can Tho is the growth pole of the Mekong Delta, of the whole country and plays a role in connecting our country with the countries of the Greater Mekong Sub-region.

The focus on close and effective linkage will also help Tay Do attract many large, reputable wholesale, retail groups to promote production and consumption, improve the quality of goods and the distribution system.  At the same time, it calls for businesses to invest in developing commercial infrastructure, especially calling for investment in centers, supermarkets, wholesale markets, specialized markets, etc…

“Can Tho will also actively review, research, propose to the Central Government mechanisms and policies to develop linkages within the Mekong Delta and inter-regional. Linking to promote investment and trade, mobilize all resources, build socio-economic infrastructure; vocational training, job creation; scientific research, technology transfer; develop inter-provincial and inter-regional tourism programs and routes; strengthen support for businesses and industry associations to participate in regional linkages and international integration …”, Chairman of Can Tho City People’s Committee said. 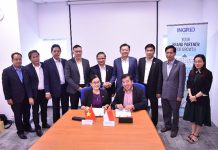 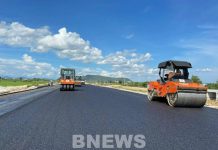 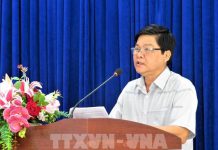 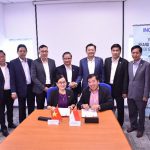 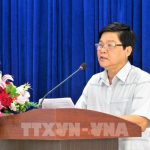