Concluding speech at the Conference to review the 5-year implementation of Resolution No. 09-NQ/TU dated April 10, 2017 of the City Party Committee “on proactive international economic integration” (Resolution No. 09), recently organized by the Standing Committee of Can Tho City Party Committee, Mr. Pham Van Hieu, Standing Deputy Secretary of the City Party Committee, Chairman of the People’s Council of Can Tho, said that proactive and active international economic integration is an important orientation in the implementation of the city’s socio-economic development tasks and solutions. Therefore, in the coming period, all levels of Party committees, authorities, Fatherland Front, municipal organizations will focus on implementing synchronously and effectively the city’s international economic integration plans and programs, through mechanisms, policies, investment incentives, promote investment attraction in key fields and projects. Continuing to closely follow the central direction on international integration and the resolutions of the Politburo, the Government, the National Assembly on piloting a number of specific mechanisms and policies for the development of Can Tho city.

After the City Party Committee promulgated Decree No. 09, the Party committees, authorities, the Fatherland Front and city unions have promoted propaganda, mastery and implementation of the Resolution to cadres, party members and people of all classes in various, practical and effective forms. Thereby, there has been a clear change in awareness about international economic integration, focusing on the goals, directions, tasks and solutions identified in the Resolution, creating unity in the whole Party and consensus in society, contributing to the successful implementation of the set goals.

Mr. Ha Vu Son, Director of the Department of Industry and Trade, said that in implementing Resolution 09, the Department developed specific programs and plans to effectively implement the international economic integration process. Accordingly, city businesses have effectively taken advantage of free trade agreements to expand production and business and expand export markets. Up to now, the city’s export goods are present in most of the continents with more than 120 countries.

Recognizing the limitations in implementing Resolution 09, Mr. Nguyen Van Hong, Vice Chairman of Can Tho City People’s Committee, said that the mastery and implementation of Resolution 09 in some localities, units had when not timely, slow to concretize implementation documents. The internal capacity of the local economy is not high. Processing time for documents, procedures is still slow compared to the investor’s request. Most businesses in the city are small and medium sized, not enough aware of the opportunities as well as challenges of free trade agreements to which Vietnam is a member; not yet boldly searching and expanding the market. Along with that, affected by the COVID-19 epidemic, foreign investors hesitated in new registration, business expansion. Many promotional activities have been suspended, postponed or moved to the online form, so they have not achieved the desired effect…

Continuing to effectively implement Resolution 09, the city has stepped up the propaganda of international integration in all fields. Implement synchronously and effectively the city’s international economic integration plans and programs. Strengthen administrative reform; synchronously implementing solutions to improve the provincial competitiveness index, striving to be assessed as a group of localities with good governance quality. Build an effective startup ecosystem, well supported to start a business. Improving the quality of human resources associated with promoting innovation… 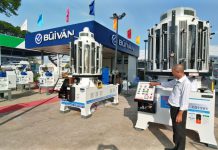 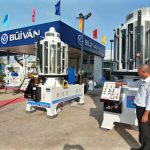