Early construction of a high-speed railway between Ho Chi Minh City and Can Tho is expected to spur inter-regional development.

Early construction of a high-speed railway between Ho Chi Minh City and Can Tho is expected to spur inter-regional development.

Passenger and freight transport in the Mekong Delta currently exists mainly on roads, with only a small portion using waterways and aviation.

The number of newly built roads in the region is relatively low compared to other regions.

The lack of large-volume transport is increasing logistics costs for agricultural and aquatic products, and has negatively affected HCM City, the economic hub of the southern region.

According to the Ministry of Transport, despite having the largest river and canal system in the country, the Mekong Delta has transported goods such as rice, fertiliser and gasoline, among others, “without speed”.

Fresh produce such as seafood and fruit are usually transported by refrigerated vehicles or container trucks to preserve quality.

This explains why road freight now accounts for more than 70 percent of the region’s transport needs and is always overloaded.

Among the modes of transport, road freight usually has the highest cost because of the large volume of transport, resulting in high logistics cost for Vietnamese goods compared to average costs in other parts of the world.

Transport costs account for the highest, with nearly 60 percent of the total logistics costs.

Developing large-volume transport in the Mekong Delta will help reduce logistics costs and increase Vietnamese goods’ competitiveness. The HCM City – Can Tho high-speed railway project, which has been assigned to the Railway Project Management board for a pre-feasibility study report, is the top candidate for this plan.

According to many economic experts, investment in the high-speed railway should be a number one priority because when completed it will solve the problem of logistics costs for agricultural products, one of the country’s export strengths.

The high-speed railway between HCM City and Can Tho is designed with a passenger speed of 200km/h and 120km/h for cargo transport.

At this speed, people in the Southwest region, especially from the Can Tho area, can travel to HCM City for work and return home on the same day, reducing the population in HCM City.

The biggest obstacle is the large investment capital needed, estimated at US10 billion, of which the cost of railway construction is 5 billion USD.

The four localities in which the project pass through have noted that the stations importantly cross urban areas of hundreds of hectares. Effective exploitation of the land along the station will create a great financial source for construction of the railway line.

According to the design recently approved by the Ministry of Transport, the railway will be almost parallel to the HCM City – Trung Luong – Can Tho Expressway.

The whole route will be 135km long and 1,435mm wide and pass through HCM City, Long An, Tien Giang and Can Tho.

Tan Kien in Binh Chanh district will be the first station, built in HCM City, connecting to a newly built modern urban area and bus rapid transit (BRT) along Vo Van Kiet street, which is currently under construction.

The province will have another station in Tan An, which will help form the new Tân An urban area with 300ha of land.

The fourth station will be in Phuoc Lap commune in Tan Phuoc district in Tien Giang province, while the last will be located near Cai Cui Seaport in Can Tho.

Many experts have praised the project, saying it will create new urban centres and stations along the route, and will be a great driving force for urban development in the Mekong Delta./. 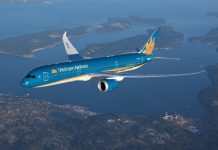 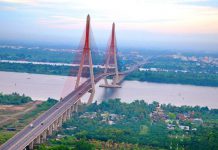 Can Tho targets regional civilised city by 2045

Over 200 exhibitors join Vietbuild Can Tho 2019

Introduced the Japan Desk in Can Tho city

Can Tho organizes the 1st Ok-Om-Bok Festival 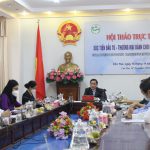 National flag carrier Vietnam Airlines has officially restored its regular route between Hanoi and Can Tho in a pilot period from October 18 to... 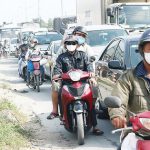