Home Local News Can Tho in target of global investment
Can Tho city is emerging as a rising star in the Mekong Delta region this year, with a string of large-scale investment projects in development across diverse sectors.

In May, Prime Minister Nguyen Xuan Phuc gave the thumbs-up to the investment proposal of the 18-hole Con Au golf course in the city’s Cai Rang district. The project will be developed by Vinpearl JSC, a member company of Vietnam’s leading private conglomerate Vingroup, on 77.3 hectares, with total investment capital surpassing VND1.14 trillion ($49.5 million).

A month earlier, Can Tho approved the investment proposal of the Con Khuong new urban area project, which will be developed by a consortium of 216 JSC and Van Phu Investment JSC. The initiative, located across both Binh Thuy and Ninh Kieu districts, will cover around 51ha and cost VND4.91 trillion ($213 million) in total investment value.

According to Can Tho Export Processing and Industrial Zone Management Authority, necessary steps are being fullfilled to shortly provide approval to Nam Kim Long Can Tho JSC for its auto assembling and manufacturing complex over 75.8ha at Hung Phu 1 Industrial Zone in Cai Rang district. With total investment of over VND3.38 trillion ($147 million), the project has annual production capacity of 12,000 units, including buses and mini-buses that meet Euro5 gas emission standards. In the next phase, it will engage in assembling and manufacturing four-seat and seven-seat cars.

In the fields of education, industrial zone infrastructure, logistics, agriculture, and tourism, Can Tho has long been on the radar of investors. In a recent meeting with city leaders last month, national flag carrier Vietnam Airlines proposed building an aviation logistics centre on 27ha area in the city’s Binh Thuy district which will encompass a freight terminal, a distribution centre, a bonded warehouse, a state-of-the-art equipment system for goods handling, and more.

Notably, in just over a month, Can Tho received British billionaire Joe Lewis three times. Lewis was reportedly fascinated by the city’s romantic natural beauty and its abundant potential for tourism development. His repeated return to the city in such a short time may signify future investment plans in the city by Lewis, who currently owns football club Tottenham Hotspur.

Nguyen Khanh Tung, director of Can Tho Investment-Trade Promotion and Exhibition Centre, said the city has welcomed many groups in search of business opportunities in 2019, such as Singapore’s Sakae Group studying investment opportunities in logistics, IT, and resort and residential buildings development; AFS, a member under Japanese group AEON searching for opportunities in agriculture; or Japanese group Kato, which has decided to open a representative trade office in Can Tho later in the year.

The city’s transport infrastructure is expected to create breakthroughs in investment attraction in the months ahead as a raft of major projects is now under intensive construction, such as Ho Chi Minh City-Can Tho Expressway.

Duong Tan Hien, Deputy Chairman of Can Tho People’s Committee, said that the new air routes not only maximise Can Tho airport’s capacity, but also boost the city’s exposure among international visitors and investors. 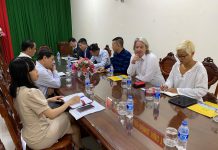 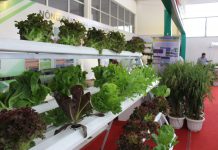 Can Tho City will host the Vietnam International Agricultural Fair and Mekong Connect Forum on November 6, 2019 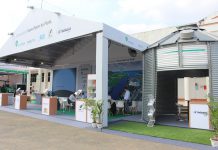 Can Tho City: Prepare to organize Vietnam international agriculture fair 2019 in November, 2019

Japan’s Can Tho investment focus

In the Morning of February 2nd 2020, Cantho Promotion Agency (CPA) had a meeting with the Logistics Stars Link Joint Stock Company at CPA’s...

Can Tho City will host the Vietnam International Agricultural Fair and Mekong Connect Forum...

Vietnam International Agricultural Fair will open on November 6, 2019 at the Can Tho Promotion Agency. In 2019, the Fair is expected to attract...

Can Tho in target of global investment

Can Tho city is emerging as a rising star in the Mekong Delta region this year, with a string of large-scale investment projects in...