CAN THO – The Mekong Delta had attracted over 1,600 foreign direct investment (FDI) projects as of June this year, with total registered capital reaching US$22.3 billion.

In particular, the region recorded 81 new FDI projects worth US$900 million during the first half of the year, said Huynh Thien Trang, deputy director of the Vietnam Chamber of Commerce and Industry’s Can Tho branch (VCCI Can Tho).

Meanwhile, foreign investors had committted a combined US$21 billion in over 1,500 projects in the region by the end of last year, she said at a meeting with importers from Singapore and other countries to Vietnam for trade, held on August 6 in the city.

There were over 4,700 newly founded firms and some 1,300 firms resuming operations in the region during the first six-month period, Trang added. The number of disbanded enterprises and others waiting to be disbanded amounted to 4,600 units.

Overall, the region had had 50,000 active businesses as of June, said the VCCI Can Tho representative.

Regarding Can Tho as the region’s central city, it had attracted 82 FDI projects with total pledged capital exceeding US$700 million in the year to May. These projects were funded by investors from South Korea, Singapore, Thailand and the United States, according to data from the Can Tho Promotion Agency. Of these, Singapore injected over US$120 million in 10 FDI projects in the city.

Speaking at the event earlier, Doan Thi Thu Thuy, deputy head of the Trade Promotion Authority, under the Ministry of Industry and Trade, said that Singapore and Malaysia are among the largest ASEAN trade partners of Vietnam.

Events held for Singaporean and Malaysian firms in Can Tho to survey investment and cooperation opportunities are part of the plan to boost trade ties between Vietnam and the two countries, said Thuy. 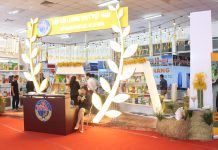 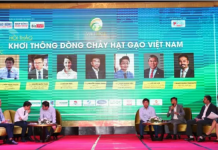 Introduced the Japan Desk in Can Tho city

Over 200 exhibitors join Vietbuild Can Tho 2019